Before he died, Roger began writing “The Molecules of Titan”, a story about space exploration set in part at his beloved University of Illinois. He never got a chance to finish it. In the spirit of Roger’s belief in crowd participation, RogerEbert.com is holding a contest to help complete the story.

I was offered the job of illustrating the stories, 33 in number.

One of my goals with these was to have as wide a range of styles as possible, since the stories were all so diverse. Also, I didn’t want it to get boring, both for viewers and for myself.

And so here are all of the finished illustrations, plus two that I had illustrated for Roger’s original story and an additional unused one. Links to the RogerEbert.com pages with the endings and my accompanying illustrations are in the descriptions of each of the images. Also in each description is a little note on the illustration.

Molecules of Titan by Roger Ebert 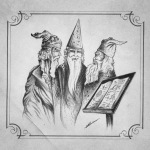 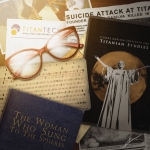 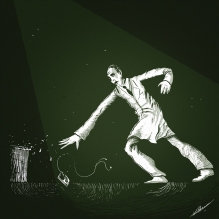 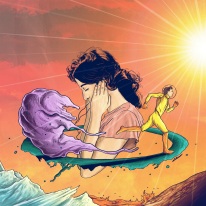 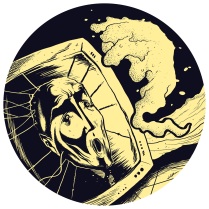 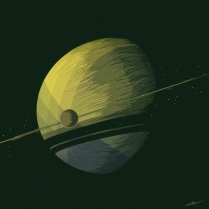